There are two issues to tackle when it comes to opening a fire hydrant.

Number #1 – unless you have the right permit, it’s probably illegal – so, there’s that. There are reasons it’s illegal, and we’ll come to those on the way to explaining the whole permit thing. 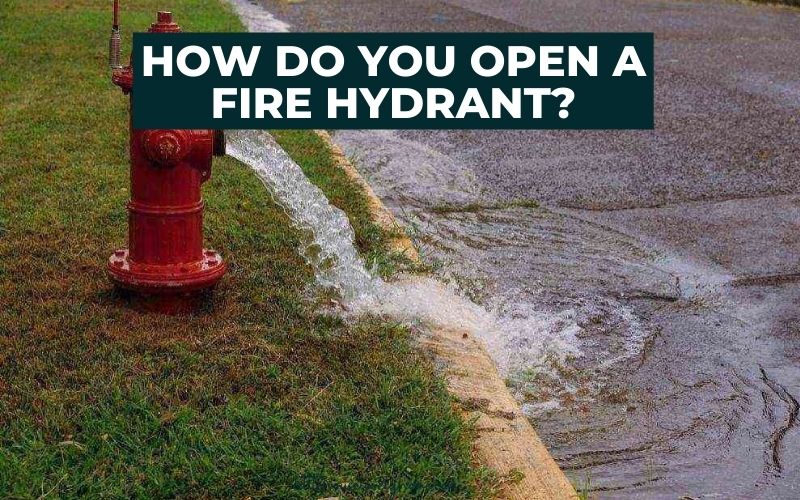 Illegal To Open A Fire Hydrant?

OK, here’s the deal. People have a long history of popping the cap off their local fire hydrant in hot and sticky weather. Instant street party, right?

Well, sure, but cities are cracking down on this sort of thing, and it’s not because they want kids to be hot, sticky and cantankerous.

Fire hydrants are pretty clever pieces of street furniture. If you open them the right way, with the right tools, they can be useful to firefighters, who can use them to, y’know, keep your buildings from burning down.

If, on the other hand, you just pop the cap on one of these babies, it’s the equivalent of having a garden hose filled with high pressure water, and then stabbing a hole in it with a knife.

The water that comes out of the hydrant is under enormous pressure – try 100 miles an hour on for size. That makes it more like a police water cannon than a relaxing shower.

But the sudden upspring in water out of your hydrant reduces the pressure in the rest of the local system.

That means that if someone a few blocks from you has a fire, the fire department will race up, ready to do their duty and put that sucker out. They’ll attach a hose to their nearest hydrant.

And they’ll get a comparatively lethargic trickle, compared to the gushing, highly pressurized torrent they were expecting – and needing, to get the job done.

You’ve got their torrent at your hydrant, more or less battering the living daylights out of you and your friends with the hundred mile an hour jets of bruising water.

It can also be dangerous to the hydrant itself, because if you don’t open it right, the pressure of the water pushing through it can mangle its workings and land you with a bill from the city for a new hydrant – and probably a $1,000 fine too.

Oh, and opening a hydrant illegally is… well, a crime. You could end up doing 30 days of jail time for that high-pressure fountain stunt. How understanding is your boss?

So, be wary of opening a hydrant without a permit and the right tools.

So how do you get the permit and the right tools?

Simple. You apply to the city for a permit. That’s going to take a while, because – well, have you ever tried to get a permit to do anything from the city?

On the other hand, it’s a lot cooler, and a lot less costly, than the fine and replacement cost if you just pop the top off a hydrant without getting the permit, so yay! No bankruptcy for you today!

If the city gives you a permit to make use of a fire hydrant, chances are it will also give you something called a spray cap.

What’s a spray cap? You know how on a power shower, you have the hardcore massage setting, but if you turn the dial, you’ll find something like a gentle rain setting that doesn’t hurt you anything like as much?

A spray cap is pretty much that dial setting, but for a fire hydrant. It allows you to use it without draining the water and the pressure from the system at anything like the alarming rate you would if you just ripped the head off the hydrant.

So, bonus. On the one hand, you’re not about to unleash the power of water moving at a hundred miles an hour directly into your eminently snappable ribcage and all the pulpy stuff underneath.

This is a good day for you. And on the other hand, you’re not immediately draining the pressure from the system, so it’s a good day for your neighbor with the burning apartment, too. Everyone’s a winner with a permit and a spray cap. 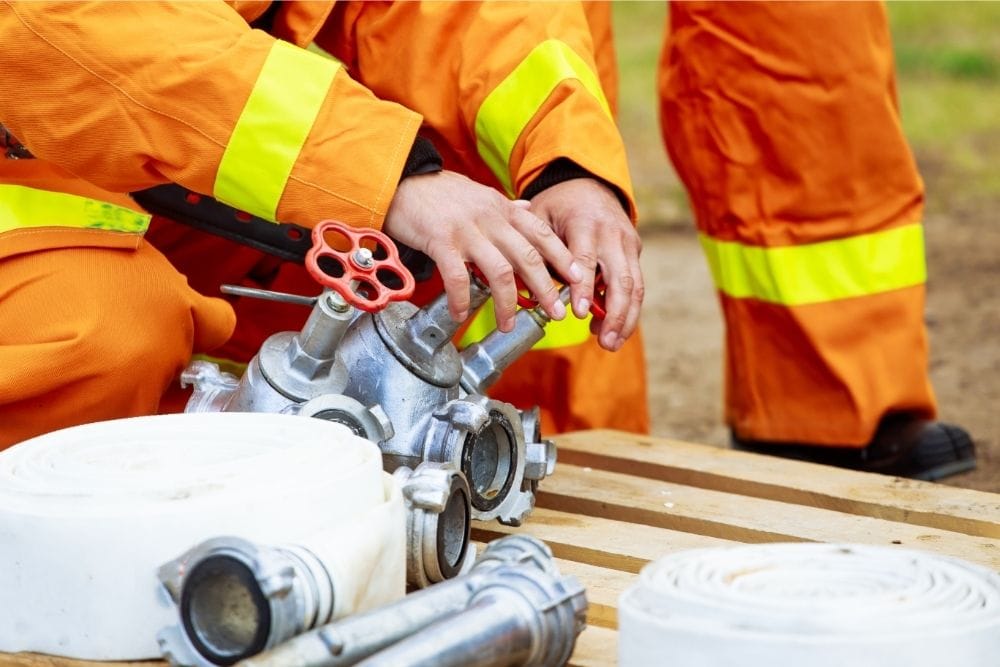 So you have the permit, you have the spray cap. How do you go about actually… opening the hydrant the right way?

Ideally, go with crowd safety – because you know as soon as you start dicking around with a fire hydrant, you’re going to attract a crowd of onlookers.

Ideally, rope it off, so that even if the spray cap is less effective than it should be, you’ll avoid hitting a gawker with a bone-breaking force of water.

Inspect your hydrant. Does it feel stable? Any parts of it loose or faulty-looking? If so, take down your safety rope, abandon the plan for the day and call your fire department to come check it over before you do anything more to it.

If it all seems fine though, on you go. If you have a key for the hydrant, insert the key into the key holder.

It gets a bit ‘mystic fantasy movie’ at this point, and if you find yourself suddenly gripped by the expectation of dwarves emerging from a dungeon dimension inside the hydrant, believe it or not, you won’t be the first.

Also, make sure you turn the valve fully on. If you only go part of the way, you’ll damage the hydrant, might harm the system, and then, permit or not, you’re looking at replacement hydrant costs.

Make whatever use you need to of the water, and when you’re done, simply reverse all the steps you’ve taken, to leave the hydrant intact and able to re-pressurize over time, for the good of all.

Do this right and a fire hydrant can be your useful friend. Do it wrong and it can be a destructive, anti-social, expensive mistake. Always go legal, and choose hydrant-safety.