Antifreeze is a liquid that is added to water in the engine cooling system, in order to lower the freezing point. This means water will not freeze and cause your car to choke and splutter.

Antifreeze is helpful for your car, but is a flammable liquid and can cause harm.

Antifreeze is most certainly flammable. The National Fire Protection Association (NFPA) has formally recognized antifreeze as a flammable liquid. 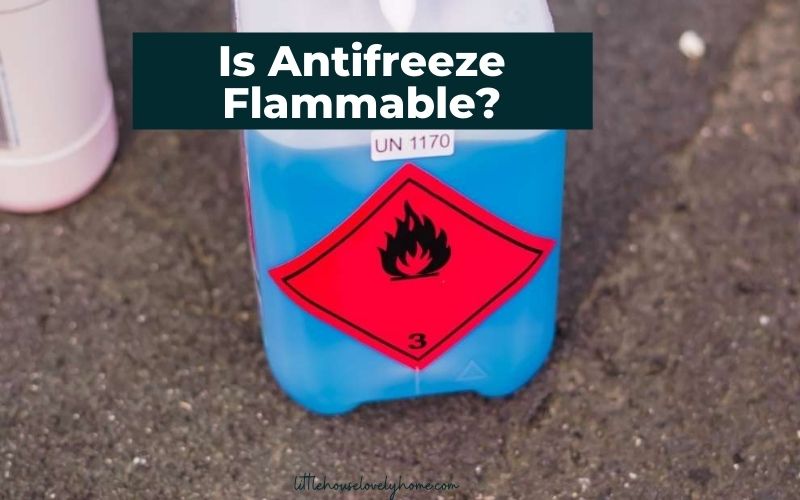 Antifreeze is flammable as ethylene glycol and propylene glycol, which both contain alcohol. There have been a few engine fires caused by antifreeze within the engine.

It has been tested that 650 to 750 Fahrenheit is enough to ignite the liquid. The liquid has properties similar to alcohol, meaning it burns with a blue flame when ignited.

The compound also shares similarities with a sugary syrup, hence why it is sweet to taste, burns at high temperatures, and is difficult to freeze along with its alcohol content.

What Types Of Antifreeze Are There?

There are three main types of antifreeze. There is:

These are the three primary antifreeze that companies use. Older cars typically use IAT and this should be changed every 2 years, depending on how often you use the vehicle. This is inferior to newer cars because their antifreeze does not need to be changed as often.

OAT is an antifreeze that only contains organic compounds and corrosion inhibitors like carboxylates – essentially, these do not corrode. This means the organic coolants have a longer life and can be used for the vehicle’s lifetime.

The HOAT is a combination of OAT and IAT, and is widely used in manufacturing vehicles.

It uses both to combine the chemistry of conventional and organic acidic compounds to ensure double protection against corrosion and rust. This makes the hybrid antifreeze more long-lasting.

Is Antifreeze The Same As Coolant?

Antifreeze is not quite the same as a coolant, but the terms are used interchangeably. It’s called coolant because it is a liquid that ensures the engine cooling system does not freeze in cold weather.

Antifreeze is composed of ethylene glycol or propylene glycol. For it to become coolant, it has to be mixed with water.

You would refer to this as coolant and what you will find in all engine cooling systems. 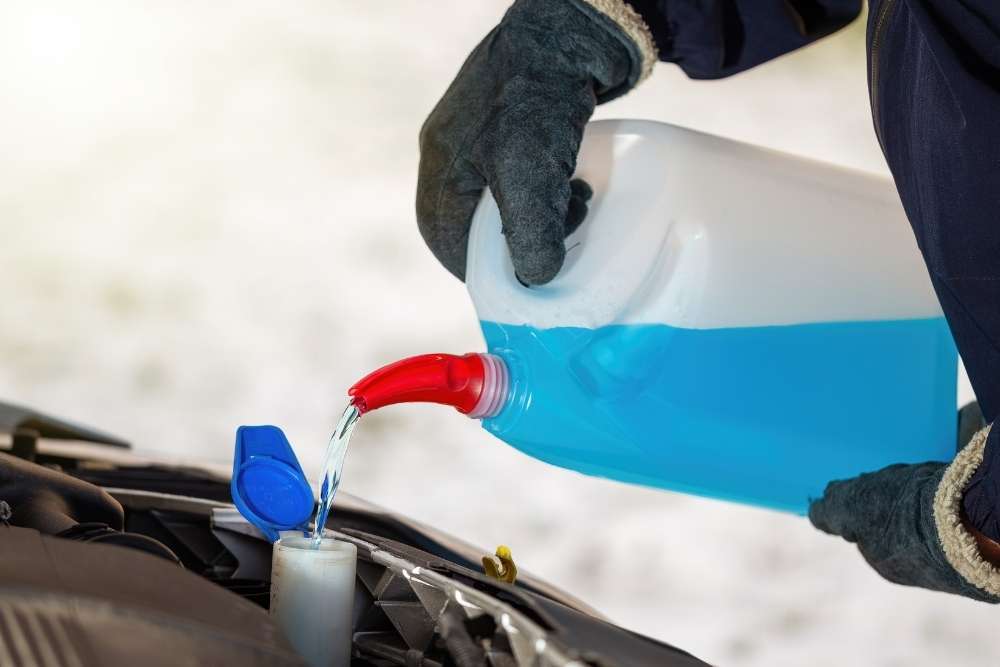 Is Antifreeze Flammable Or Combustible?

Antifreeze is flammable on its own and flammable as coolant. Its surprising that is it flammable as a coolant because it is mixed with water. However, it can ignite when exposed to high heat.

The reason antifreeze is flammable is because of the chemical glycol. It has a low freezing point which makes it great for engines. However, it is very sensitive to heat.

Extreme heat will cause it to ignite. Antifreeze can combust when sprayed directly onto a heat source, too.

Should You Mix Different Types Of Antifreeze?

There are different colors of antifreeze dependent on the manufacturer and car type, so mixing is not a good idea.

For example, if you mixed two different colors of antifreeze, the different compounds and additives will coagulate as they cannot mix.

This will clog up the system and cause you bigger issues than before. It damages your engine and decreases the lifespan of your antifreeze solution.

What Happens If You Burn Antifreeze?

The mix of water and glycol with high temperatures will burn the water out of the solution, leaving you with only flammable antifreeze. The fire that will ignite is similar to that of an alcohol fire.

Is Antifreeze Toxic To Smell?

Antifreeze is not toxic to smell, but it can definitely cause skin and respiratory irritation if you get it on your skin or inhale the fumes. It is toxic to consume and can be fatal.

If you smell antifreeze, you may suffer respiratory tract irritation, but it is not toxic unless consumed.

Can Antifreeze Be Used To Start A Fire?

Antifreeze has a different chemical composition to flammable liquids such as fuel, so it will not act in the same way if you lit fuel on fire. It can cause a fire, though.

The chemical make up of antifreeze means it has a high amount of glycol, which is flammable and can start a fire when burned at high temperatures.

What Is The Formula Of Antifreeze?

French chemist Charles-Adolphe Wurtz first made ethylene glycol in 1856. He named it ‘glycol’ as it had similar chemical properties to ethyl and glycerin.

This is why ethylene glycol acts like syrup and alcohol, being flammable but also having a high freezing point.

Antifreeze is definitely flammable and is a dangerous liquid to be using. It is toxic to ingest and can cause respiratory irritation if breathed in.

Antifreeze should not be mixed with other types of antifreeze to ensure no damage is done to the engine cooling system. If antifreeze comes into contact with high temperatures, it will eventually ignite and set fire, in a blue flame.

It has a high combustion point and does not freeze easily, but if it does come into contact with high heat, it is most definitely flammable.