So, we all know that gasoline is highly flammable. You see it all the time in movies, when there’s some sort of car chase and someone lights a match at a gas station and everything explodes.

But what about diesel? Does diesel react in the same way as gasoline? 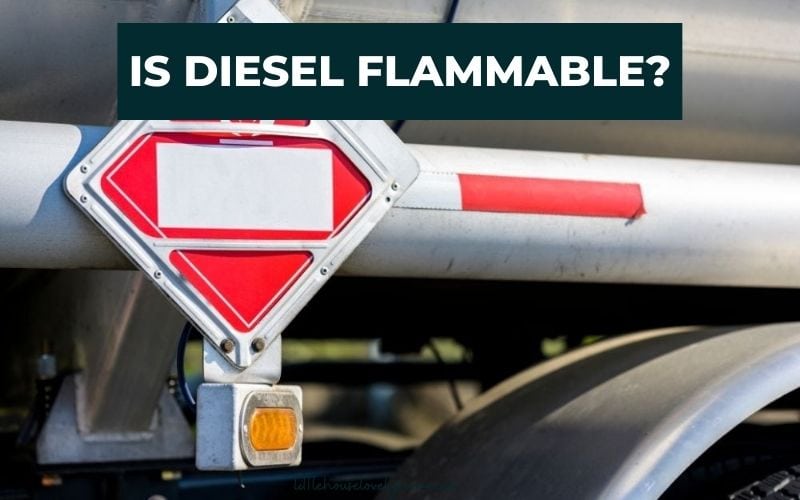 While diesel is fairly popular among vehicles in Europe, only 3% of all vehicles in the United States use diesel. Still, diesel is commonly found at gas stations, so it’s always worth knowing the risks around the liquid.

So, is diesel flammable?

According to OSHA (Occupational Safety and Health Administration), diesel is classified as a flammable liquid. This is because diesel has a flashpoint between 100-180 °F, which means that it won’t set alight in most temperatures nearby.

For reference, “flashpoint” means the lowest temperature that a substance (in this case a liquid) will set fire to.

Flammable: Any liquid with a flashpoint less than 100 °F

Combustible: Any liquid with a flashpoint more than 100 °F

With these definitions, diesel would be combustible, not flammable. However, these meanings have now changed. Any liquid with a flashpoint below 199.4 °F is now flammable, making diesel a flammable liquid.

Here’s where it gets even more complicated – liquids and solids don’t burn in the way you would think. Depending on the temperature and their flashpoint, liquids and solids will give off flammable vapors that will eventually turn into fire. 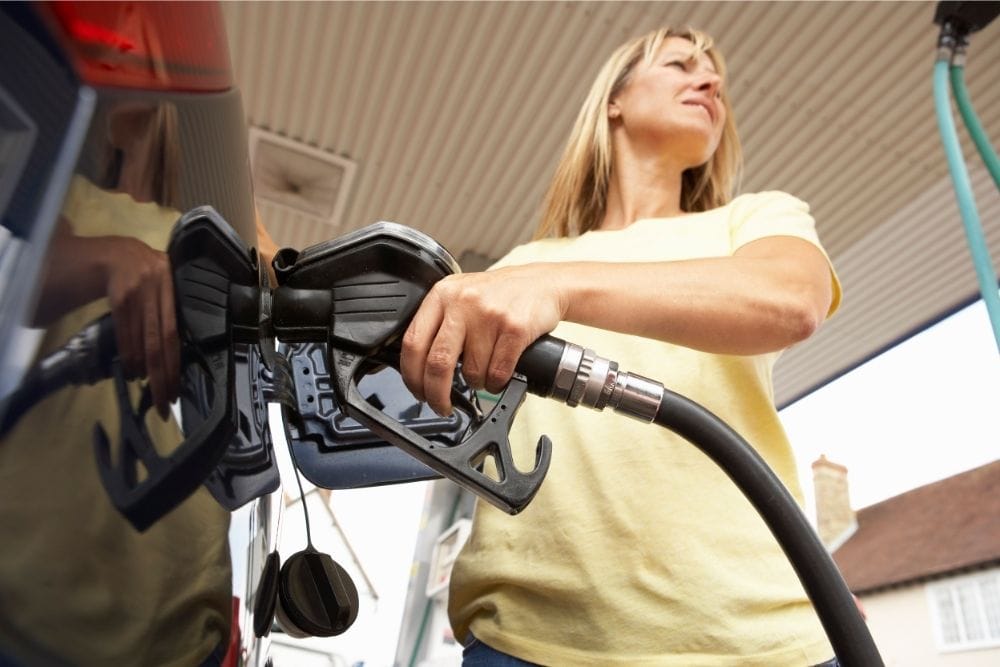 So, we know that diesel fuel has a flashpoint of between 100-180 °F. The reason there is such a range between the two figures is because there are four types of diesel fuel, known as 1, 2, 3, and 4.

The flashpoint itself refers to the minimum temperature and air pressure required for a liquid to be flammable. This means that if the liquid is exposed to a temperature below its flashpoint, while it will still pose a fire hazard at high temperatures, it will not ignite.

In most cases, diesel is given the average flashpoint of 160 °F. As OSHA states that any liquid with a flashpoint below 199.4 °F is flammable, this is what makes diesel a flammable liquid.

Is diesel similar to gasoline?

Gasoline has a flashpoint of -45 °F, which is far lower than the flashpoint of diesel. However, there is a reason for this. Gasoline requires a low flashpoint because a gasoline engine relies on oxygen and the spark of a plug to ignite and fuel the gasoline mixture.

This spark essentially causes tiny explosions, which then powers the motor. In short, the reason why the flashpoint is so low for gasoline is that gasoline needs to be able to ignite in ambient temperatures to work a motor.

A diesel motor, on the other hand, doesn’t work in the same way. These motors don’t rely on a spark plug, but they do have glow plugs. Glow plugs work to heat the diesel mixture by compressing the air, which then creates the combustion required for the engine to start. This means that diesel has a higher flashpoint because it doesn’t rely on a spark plug.

That’s right – if a diesel motor relies on a glow plug to provide combustion to start the engine, then diesel is combustible as it is flammable. However, this is only the case for some diesel types, as each diesel fuel will have a different flashpoint. This means that only the diesels with a high flashpoint are considered combustible as well as flammable.

Due to the high flashpoint of diesel, it’s unlikely that it will spontaneously ignite amid ambient temperatures. However, if it begins to emit vapors when exposed to a flame, high temperatures, or high air-pressure, then it becomes a fire hazard.

This means that even with a high flashpoint, diesel is still a fire hazard regardless of the conditions. It would be unwise to walk around diesel with an open flame, if that’s something you’re thinking of doing.

This is because the open flame will emit highly flammable fumes that can set off the flammable vapor that emits from diesel, so you don’t even have to touch the liquid to the flame for it to ignite.

However, if you put a lighter near or on diesel, it won’t ignite – at least not immediately. In comparison to gasoline that would ignite instantly, diesel will need to be heated itself for the lighter or match to hit the flashpoint of diesel.

This is all because of the way diesel motors work to power a vehicle – diesel requires far higher temperatures caused by combusted air pressure to start the engine, as opposed to gasoline which requires a spark at a lower flashpoint.

So, if the diesel has been heated to its flashpoint, then it will ignite from a lighter or match. If the diesel hasn’t been heated, however, it will still be a fire hazard, but it’s unlikely that a match or lighter will do anything to it.

In summary, yes – diesel is flammable. This is all because of the flashpoint of diesel that matches OSHA’s definition of a flammable liquid.

As it has a far higher flashpoint than gasoline, however, diesel requires a far higher temperature and air pressure to ignite, as opposed to gasoline that needs merely a spark.