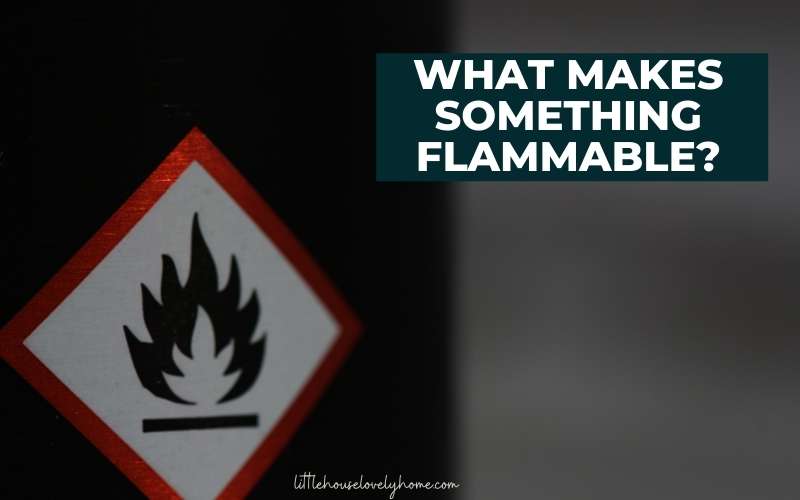 Inside: What makes something flammable? And what does combustible mean?

We’re all taught to respect the majesty and inherent danger of fire from the moment that we can walk, and that while there are some things that burn at the faintest touch of a spark, there are others that won’t catch light even if they’re held over a naked flame for hours on end.

And the one word that we’re taught to fear more than any other, as far as fire is concerned, is flammable.

But even though it sends shivers of panic up and down our collective spine whenever we read it on a label or see it on the side of a truck, do any of us actually know what it means?

Oh sure, we know that whatever it is that it’s adorning is more likely to catch fire, but what does the word actually mean, and what makes something flammable?

What Does Flammable Mean?

According to Webster’s dictionary, and the strictest definition of the word, flammable refers to any substance that is capable of “being easily ignited and burning quickly”.

In other words, it’ll catch fire in the blink of an eye, so you need to be careful around it.

But we already knew that, it’s a lesson that we’re all taught while we’re still in Kindergarten, so there must be more to it than that mustn’t there?

Actually, there is. There’s a lot more to it, and the word refers to a very specific set of substances that are as formidable and scary as they are useful.

A flammable substance is a combustible material that can catch fire at room, or ambient, temperature with very little exposure to a heat source.

In layman’s terms, that means that all you have to do is light the blue touch paper and stand back and watch the whole thing go up in flames in an instant.

In order for something to be flammable though, it also has to be combustible. So what does it mean if an object or a thing is combustible?

You’ve probably heard the word combustion used to describe the motor of a car, or as it’s known in engineering circles, the internal combustion engine.

Combustion refers to the process of burning, and combustible just means that something can be burned in an oxygen-rich environment. In other words, it’ll burn in air if enough heat is applied to it for long enough.

So, the first thing that we’ve established is that in order for a substance to be flammable, it first has to be combustible.

We know, it’s enough to make your head hurt, but don’t worry, it’ll all become a little bit clearer in a moment or two. At least we hope it will.

Now that we’ve covered the basics, and discovered that in order for something to be flammable it first has to be combustible, we can now move on to finding out what determines flammability, or what makes a combustible substance flammable.

And that’s where things start to get really complicated, as different regulatory bodies have different guidelines about what does and doesn’t make something flammable.

The best way to explain the contrary definitions that have wrapped the world of flammable substances in knots is by comparing two contrasting examples.

Federal law (based on NFPA – that’s the National Fire Protection Association, guidelines) in the United States defines any flammable liquid as one that can be easily ignited at any temperature below one hundred degrees Fahrenheit, while the United Nations definition of a flammable liquid covers any liquid that can easily catch fire between zero and one hundred forty degrees Fahrenheit.

That means that there isn’t a uniform global agreement about what is and isn’t flammable and that a substance that would happily wear a flammable badge in one country wouldn’t be considered flammable in another.

Don’t worry, you’re not the only one scratching your head and wondering about the sanity of the people in charge and those responsible for writing the laws that govern these things and their differing legal definitions. And it gets worse. 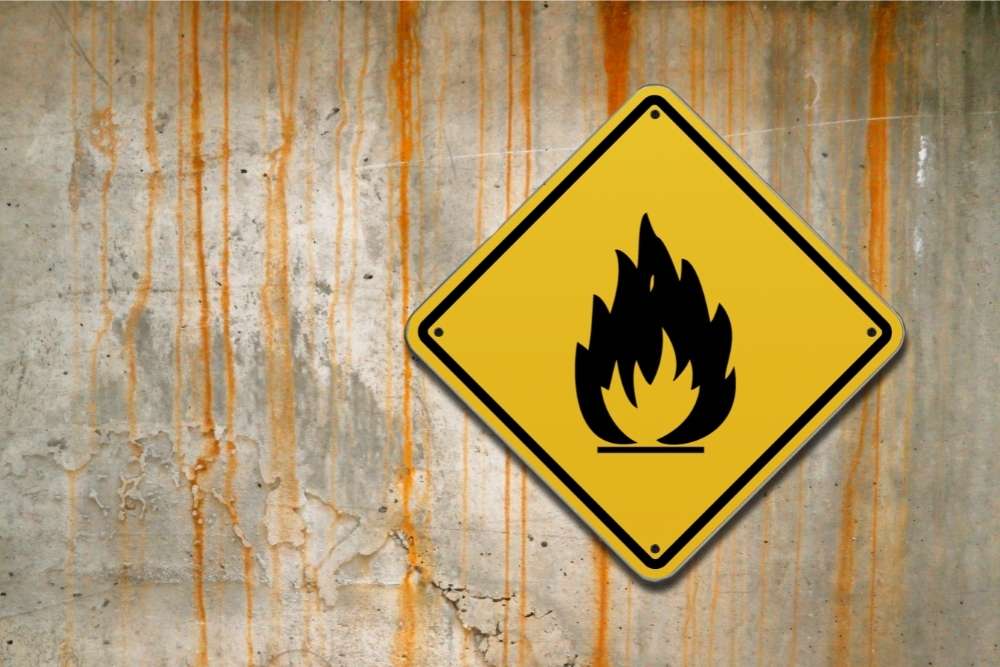 If you thought that maybe it was just liquids that could be classified as a flammable substance, then it’s time to head back to the drawing board, as solids can be flammable as well.

In fact, there’s at least one everyday solid that is combustible in one form and flammable in another, and that’s wood.

In its natural state, wood will burn if enough heat is applied to it for long enough, which makes it combustible, but as soon as it’s reduced to sawdust, it becomes flammable as the smallest spark can start an exothermic reaction (meaning that it will continue to burn unaided on its own) that’ll ignite it in less than a couple of seconds.

From a purely scientific point of view, there is a perfectly reasonable explanation for wood being flammable in one of its solid states, while it’s merely combustible in another, and even though we didn’t exactly get straight A’s in chemistry, we’re going to explain why wood is flammable in one solid-state and isn’t in another.

When wood is reduced to sawdust, the atomic bonds that previously held it in place aren’t as strong as they once were, and the oxygen molecules in the air (oxygen being necessary for combustion), can move more freely in and around the sawdust.

And as there’s a higher concentration of oxygen in sawdust than there is in solid wood, it means it’ll burn more easily on contact with heat in ambient temperature, which makes sawdust flammable, while solid wood is merely combustible.

Again, the idea that a substance can be both flammable in one solid form, but not in another, blows apart the idea that there’s a simple and straightforward way to identify what does and doesn’t make something flammable.

Is A Flammable Substance Is More Dangerous Than A Combustible One?

Taken literally and at face value, most flammable substances are far more dangerous than combustible substances, as they only need, in most cases, a single spark to burn and they will burn brighter and faster but will exhaust their fuel source (the flammable material in question) far more quickly than a fire that’s fueled by slower-burning constable source.

It’s an easy question to answer isn’t it, but it challenges the preconceived idea of which of the two terms and labels is the most dangerous.

Truthfully, they’re equally dangerous and we’d pay both of the same level of respect and be just as careful around a substance that’s combustible as we would around one that we knew was flammable.

So What Makes Something Flammable?

Something considered  flammable in France, might not adhere to the Federal definition of the term, which means that it wouldn’t be considered flammable in the United States and wouldn’t be handled with the same due diligence and care as it would be in Europe.

And it doesn’t end there, as there’s no definitive organic or chemical structure that defines flammability in a purely scientific sense.

There isn’t a definitive commonality that makes a combustible compound or substance flammable and no way to know whether something is or isn’t flammable just by looking at it.

In fact, the only way you can ever be sure if something is flammable, or just combustible is by looking for the label that we’re all taught to fear while we’re still in Kindergarten.