If you’re interested in downsizing with a family, this is the very first blog post I wrote about our decision to downsize. It originally appeared here.

I wrote this while we were traveling in Spain in 2015, renting a small apartment and living like locals. We had just found out we (me) were pregnant and were planning to head back to New Zealand to have the baby.

I am pregnant. In November I will become a mother of two. Part of the reason we planned to head home was this pregnancy.

I had entertained the idea of taking a TEFL (Teaching English as a Foreign Language) course and moving to Japan to teach English. Anything but go home.

But there is something to be said for being a citizen of a country and entitled to healthcare benefits. My 12-week scan in Spain cost €180, then the 20-week scan and check-up in Ireland cost €200. Including GP visits and prescriptions this baby would cost nearly $1000NZD before 28 weeks.

In New Zealand, all of my pre and post natal care is free. So there’s that.

Plus I’m starting to tire of constant travel. I want a home base for a while.

Why we decided to downsize

We’ve had many discussions over all the things we need to sort out when we get back home. Jobs, preschool, internet connection. Where to live.

We own 2 rental properties in Christchurch. One is a duplex style 2 bedroom, 80 sq/m (approx 860 sq/ft for my American readers) unit with a big enough back garden.

The other is a three bedroom, 120 sq/m (1290 sq/ft) standalone bungalow on a large plot of land. That’s where we lived before we left and where I expected we would return.

Like most people, I’ve experienced profound shifts in thought and attitude while travelling (which is why we do it, right?). Almost everything I thought I knew about life has tilted.

Including my perspective on what I truly need. On what my children need to be happy and healthy. How much stuff we require to have full and functioning lives.

When the idea of downsizing to the smaller unit came to me I dismissed it instantly. I grew up in a three-bedroom house, with one brother. I  never had to share a bedroom as a child.

In fact, when we purchased the smaller property the tenants were a family with 2 children. It was unfathomable to me that a family would choose to live in such cramped quarters (I know, I know).

But now we have survived just over 14 months living out of three bags, I absolutely know in my heart that we don’t need much stuff.

And it’s stuff that takes up space, not people. If we want to make this dream life of more travel and time with each other a reality the trade-off is less stuff.

And less space for the stuff. It seems like a pretty fair swap.

Of course, the reasons for my re-evaluation are not all driven by a minimalist transformation.

There are favourable numbers to aid my decision. Like savings of nearly $500 per month in living costs due to a smaller mortgage, smaller electricity bill, cheaper daycare, access to better public transport.

Plus, do you know what $500 per month buys? This is what I said to my husband. 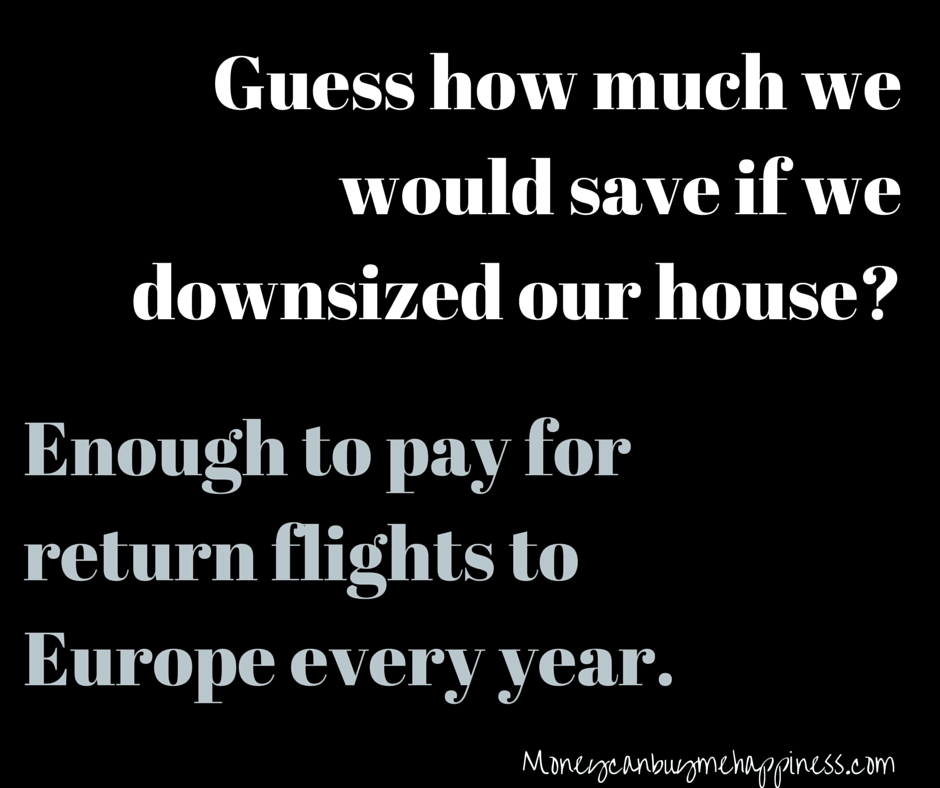 The benefits of downsizing with a family

With some careful planning and the use of low-cost carriers $6000 could get us to Europe – at least before the baby turns two and needs a seat. It will most definitely get us to Mexico.

Then there’s the less space to clean, heat and maintain. Which of course means less space to live, but I’ll be doing my best to make that small space as efficient as possible.

Oh, and if we do stay long-term there is a primary school right across the road. I could walk my children (again, plural) to school in one minute.

I’ll also be a ten-minute bike ride to the ocean and within walking distance to banks, supermarkets, preschool and cafes.

One of the major benefits of moving to the small house is that we can keep a stellar tenant in the bigger house. Asking a family with three children to leave their home is something I’ve agonised over since we decided to head back to New Zealand so I’m relieved we can provide them with some stability.

Plus the bigger house commands a higher rent, currently $100 more per week than the smaller unit so it’s a win-win.

All of these positives aren’t to say I’m not apprehensive. It doesn’t feel natural to seek less space with a growing family. But if we want to alter our life plans to semi-retire early we have to make drastic changes.

I’m terrified of going home. But this almost feels like an adventure. The first step towards a simpler life with more travel and less working for the man. Which I can absolutely manage. 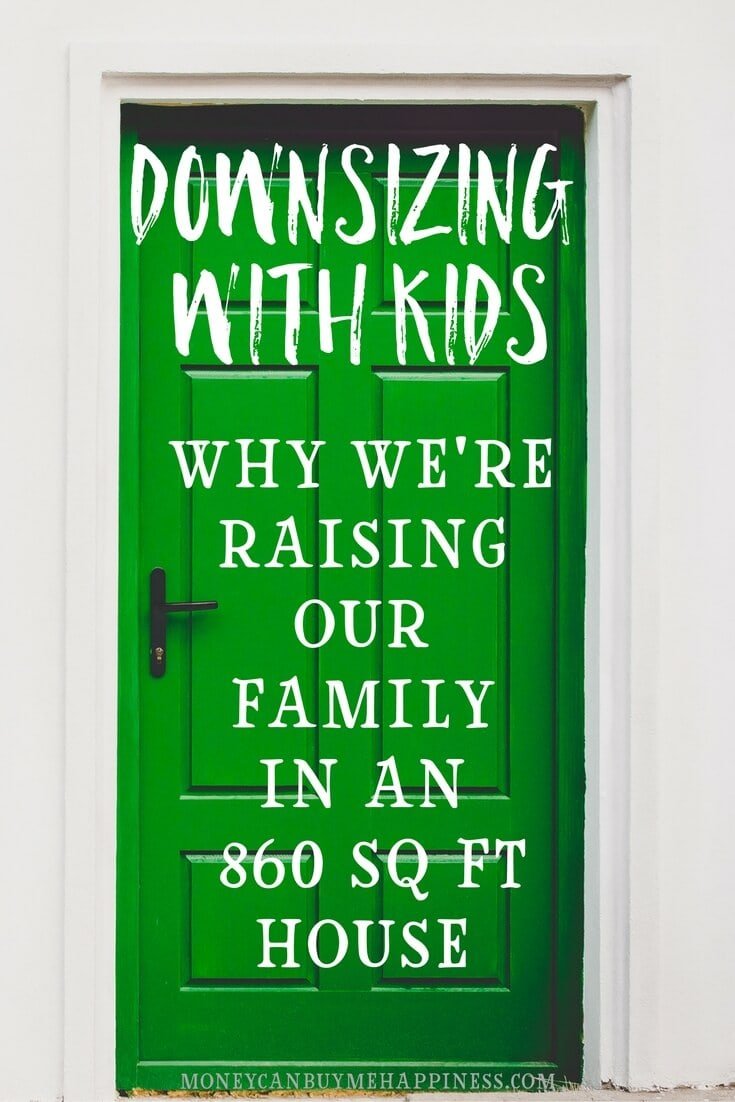 
Welcome! I'm Emma. Together with my husband and two boys, I downsized to an 860 sqft home. I love to share organization tips, space-saving ideas and practical advice for living small with kids. Read More

We’re mad about small homes here. Little can be lovely, functional, family-friendly and something to be proud of.

We want to share the best small home hacks, tips and tricks so you can make small home life work for you.